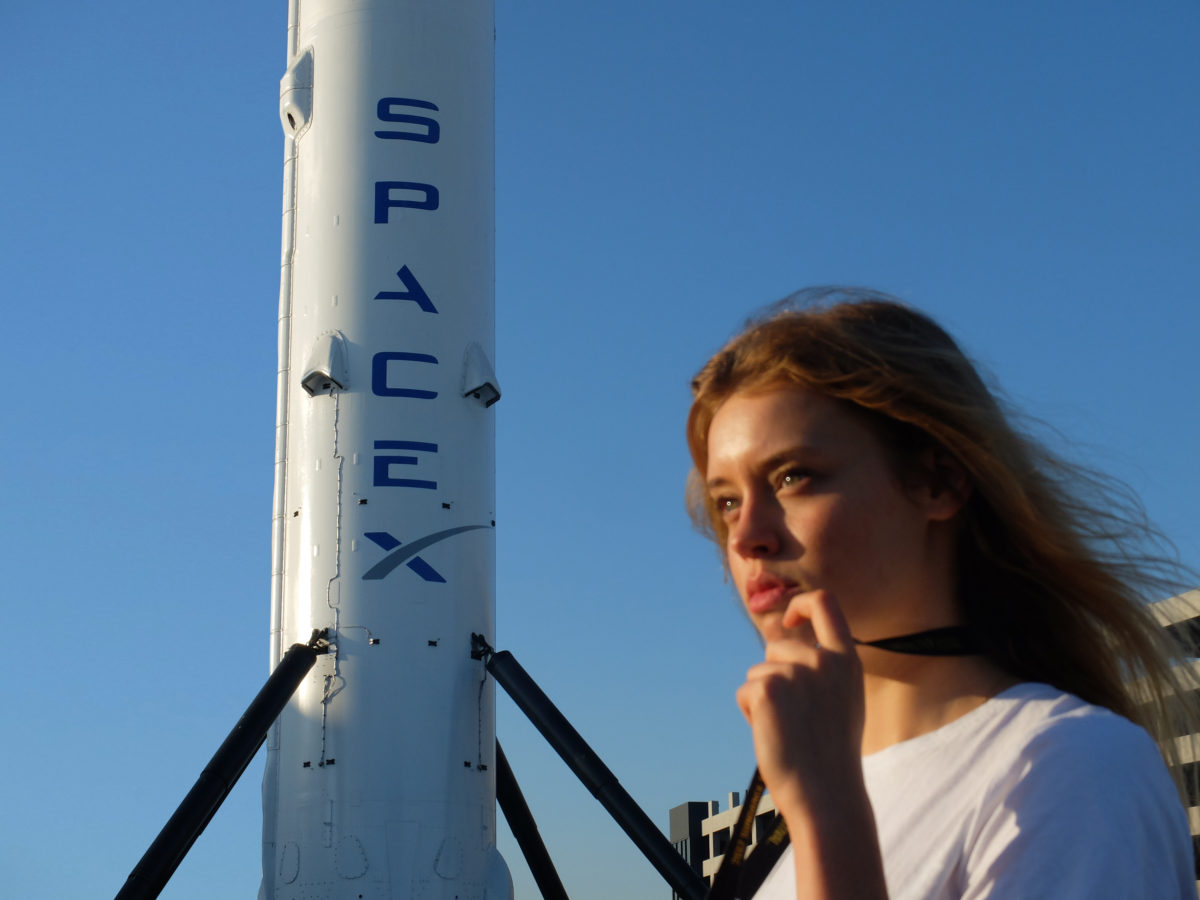 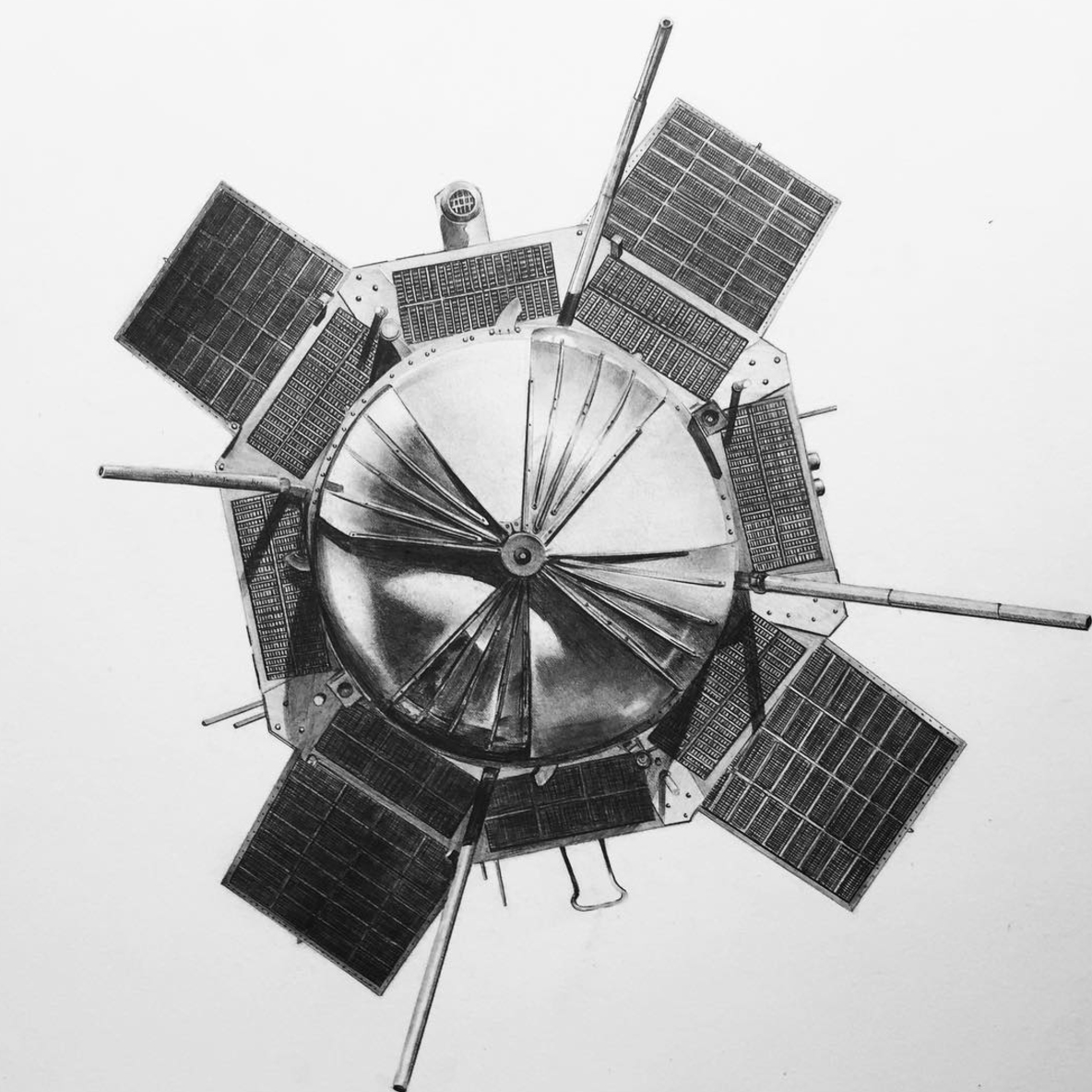 Paris-based artist Cyrielle Gulacsy is an art director by day and an illustrator of the extraordinary by night. Above, you’ll find her portrayal of the Aureol-1 satellite, launched in 1971.

While she’s a continent away from the historic rocket launches that inspire her, Gulacsy makes regular trips to the United States to visit and be closer to the world of space exploration. She recently witnessed a NASA science mission launched by United Launch Alliance, took a tour of the famous Jet Propulsion Laboratory, and visited the first SpaceX Falcon 9 rocket to return to Earth following an orbital mission. Shameless plug but you can read about that insane and historic rocket landing here in Starletters.

Gulacsy produces visually striking images of satellites and rocket motors with graphite or ink and her body of work has been on display throughout Paris at the Ddessin Art Fair and at the Structure, L’amour. She also brought some of her works to the Cafe Henrie in New York City where they were on display for a month.

Below, you’ll find some of Cyrielle Gulacsy’s work and we’ve peppered in some anecdotes that this incredible young artist would like you to know about her. 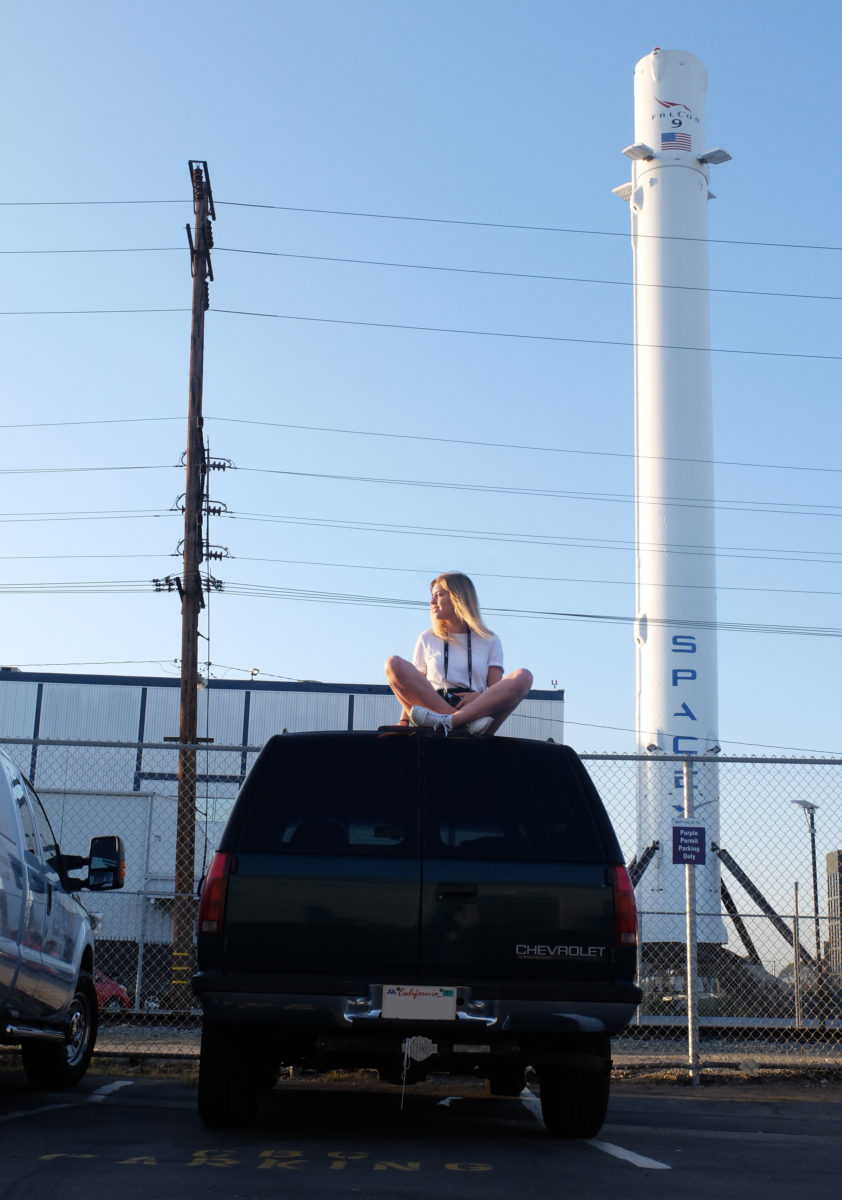 Gulacsy’s passion for space began after reading Stephen Hawking’s A Brief History of Time. “A storm was unleashed within me,” She told the Observer. “A curiosity that hasn’t dulled since. I’ve been drawing forever and when space became a major passion, it was evident the two would merge.” Above, Gulacsy poses with the first recovered SpaceX Falcon 9 rocket in Hawthorne, California. 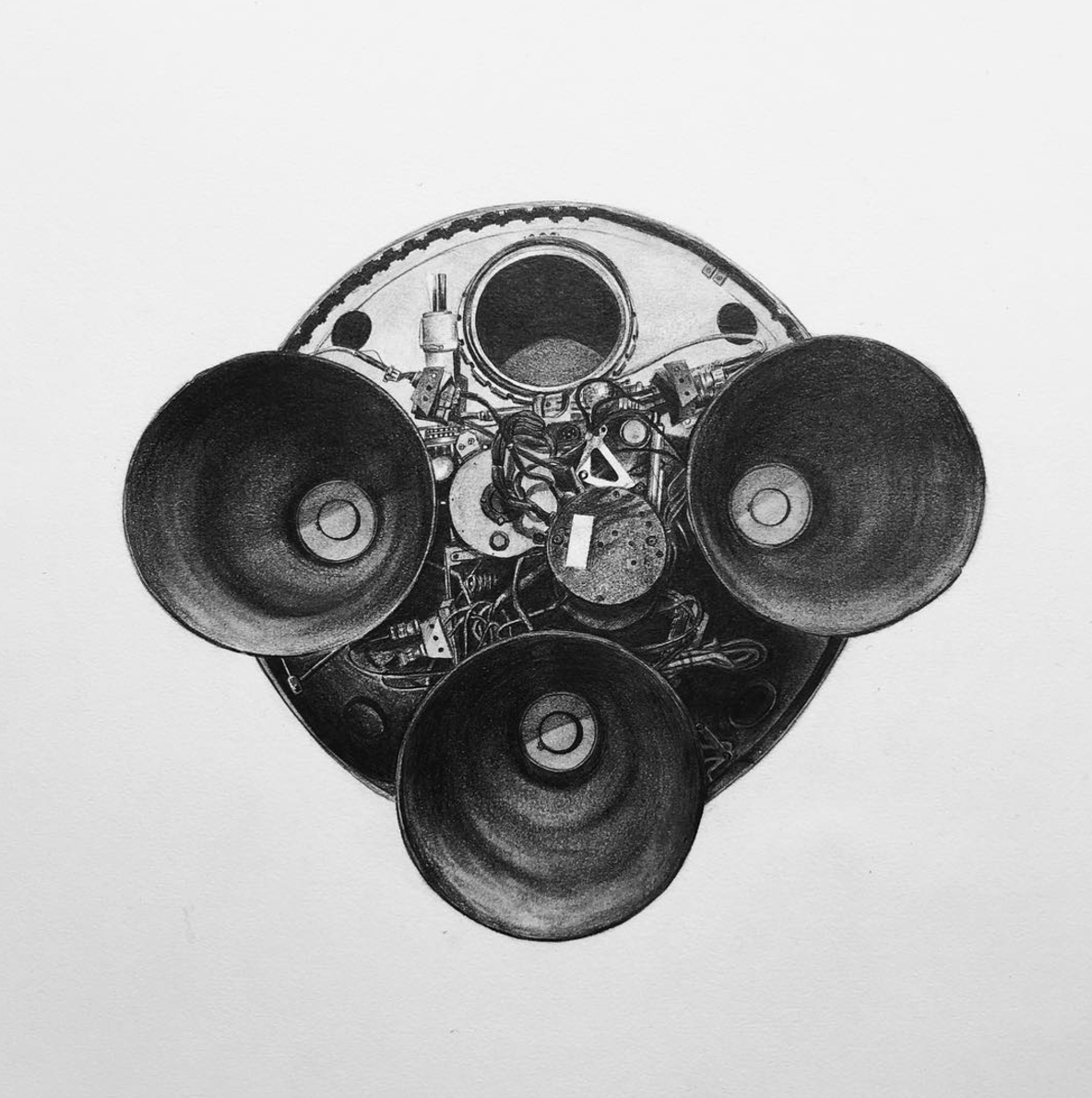 Her reading interests include astrophysics and quantum mechanics and she uses the subjects for inspiration. Above you’ll find her take on the French rocket Saphire launched in 1965. 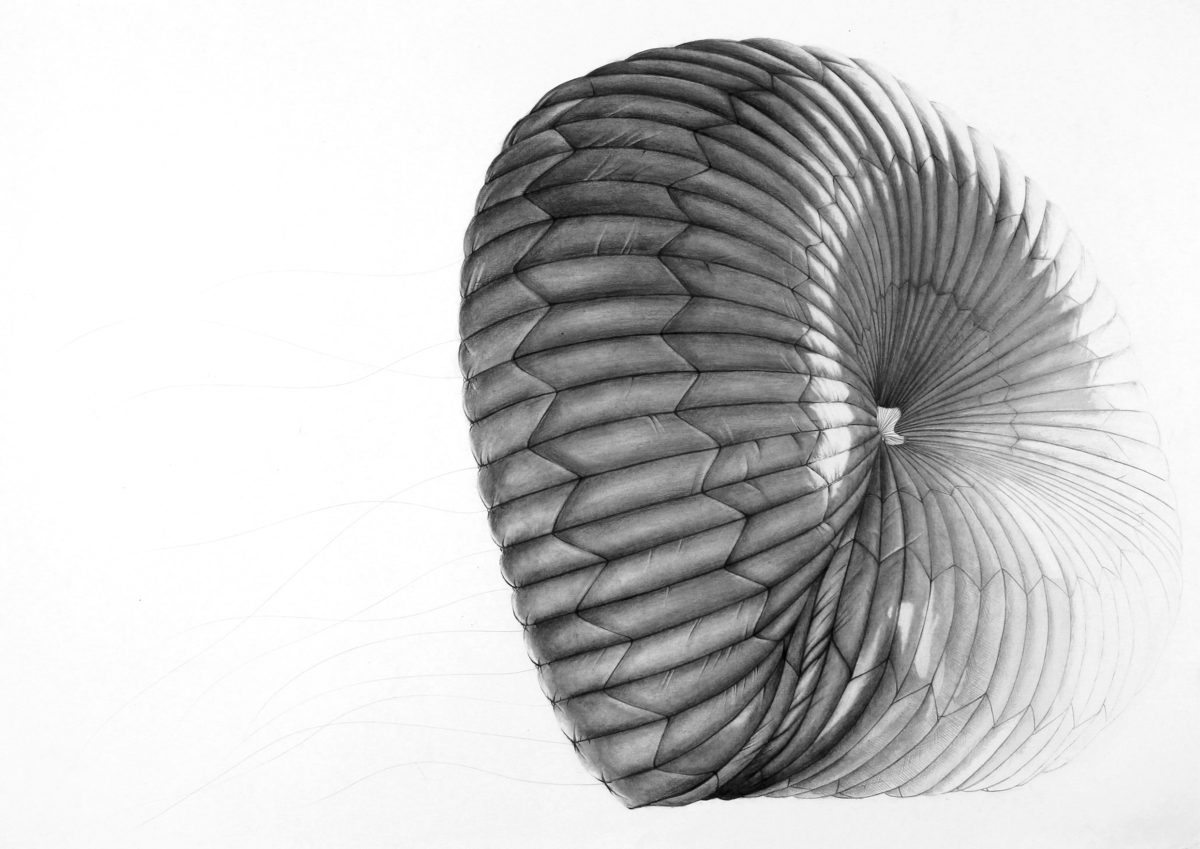 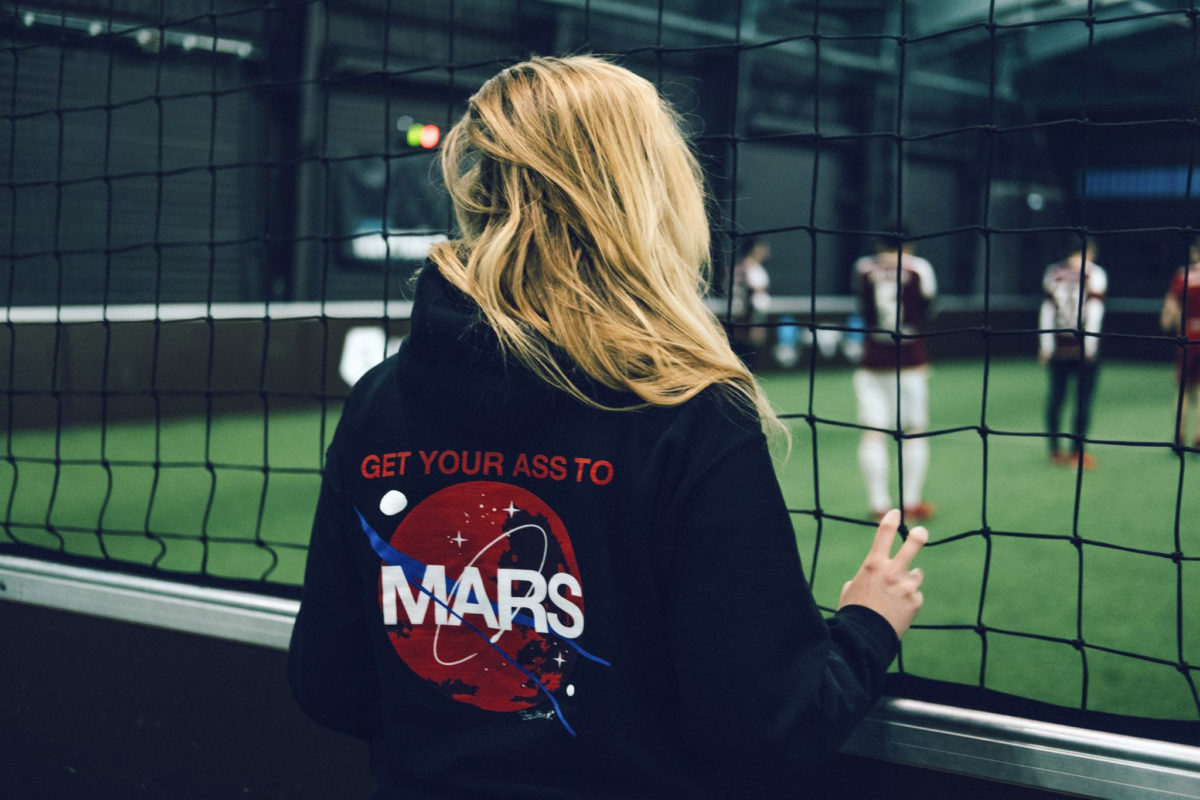 Gulacsy is excited about a human mission to Mars as you can tell by her choice of apparel. But she’s also looking forward to the launch of NASA’s James Webb telescope and the extraordinary images it will send back to us. Gulacsy also has an interest in Interstellar travel, keeping her eye on theories involving solar sails, emdrives, and of course, warp engines. 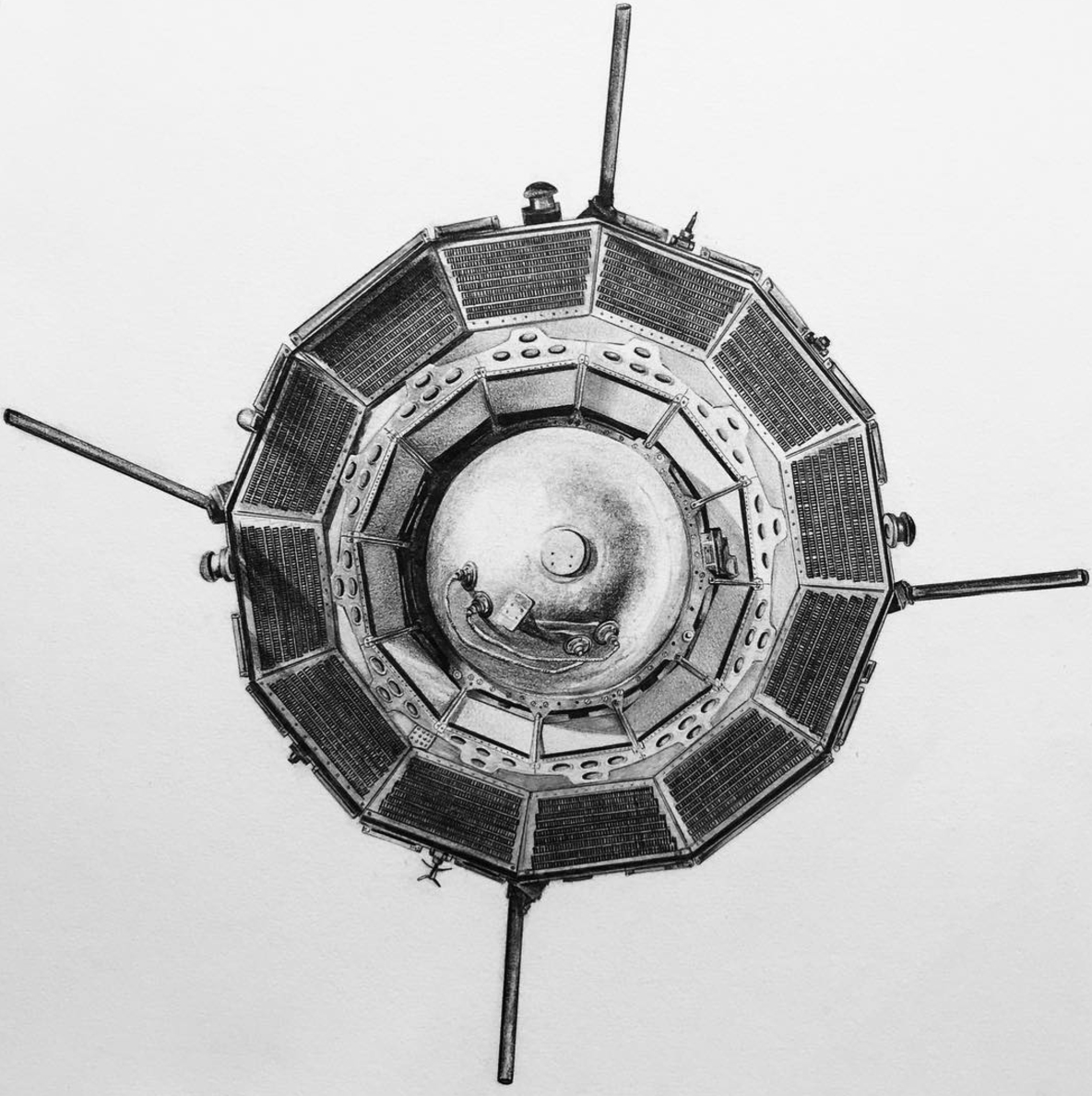 Seen above, Gulacsy produced an illustration of the Elektron 1 Satellite which was launched in 1964. 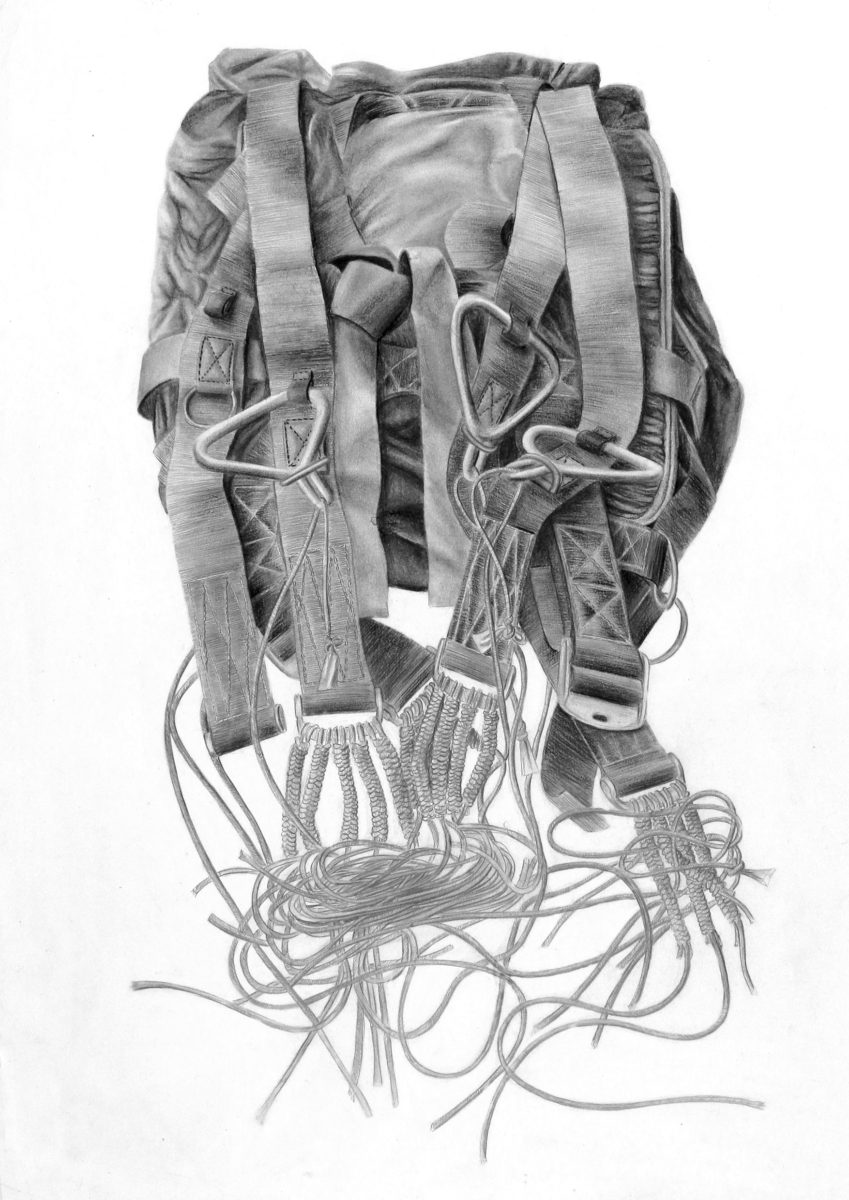 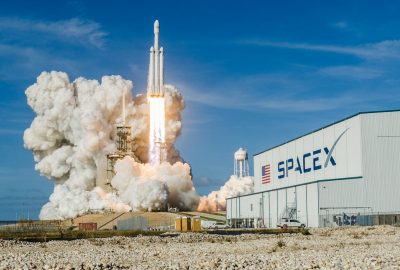 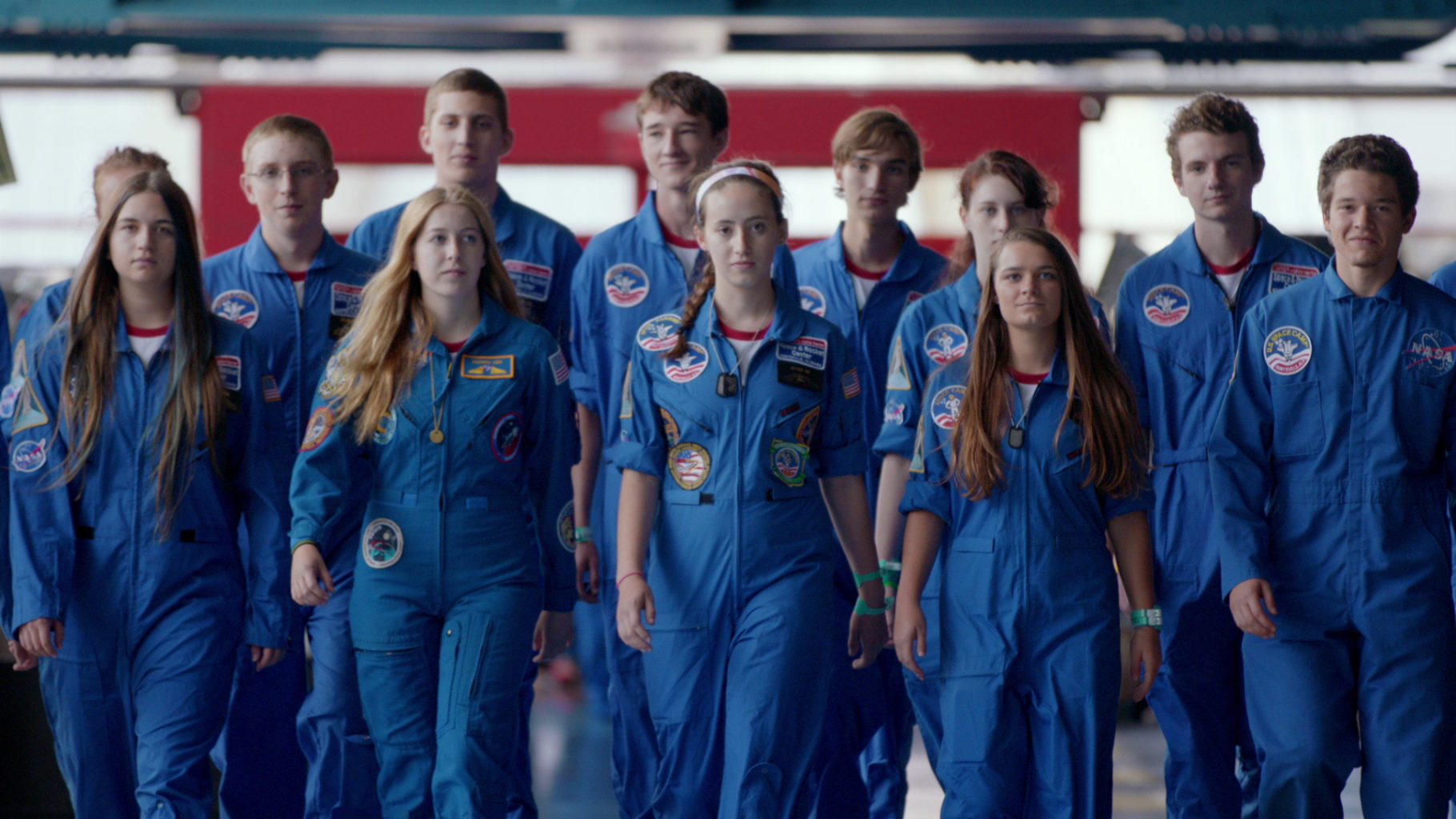 The Mars Generation: A Review