Simply put, Star Letters was born out of a basic human need: the thirst for knowledge and the desire to share that knowledge with the world.

While we don’t have definitive answers yet, according to the world’s top minds both past and present, the stage for humanity’s future will almost certainly be set in space.

NASA, SpaceX, and space agencies around the world are hard at work expanding human presence in orbit  and paving a way so that people will one day walk on other worlds.

But what does that mean? What does it mean for a human to be an interplanetary being?

It’s time we begin exploring this idea and shifting our mindset to that of a space-faring civilization because in a decade, humans will have Mars in focus and soon after, we’ll be landing our first crewed spacecraft there.

But before we can even get there, those who live on this world must be convinced that such a feat is possible and that is no easy task. In order to reach everyday people we must search out and highlight the human stories woven through the fabric of this new frontier.

So let’s join in on this journey shall we? Star Letters will work hard to bring you the stories of those braving the new space frontier and those putting hammer to nail to make that happen.

Also, as important, Star Letters will highlight and collaborate with storytellers around the world who work tirelessly to spread the wonder and awe of space exploration in their communities.

Star Letters is more than happy to give a signal boost and we want to collaborate with anyone who shares the same mission. Feel free to reach out!

Let’s find a way to work together and build a global community of individuals who believe in the promise of the future and want to inspire others with that promise. 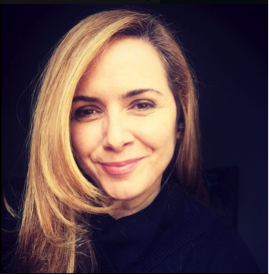 Christina Rasmussen is the creator and founder of The Life Reentry Institute, Second Firsts, and Star Letters. Christina is on a crusade to help millions of people rebuild, reclaim, and relaunch their lives using the power of their own minds. Christina’s work has been featured on ABC News, NPR, The White House Blog, and MariaShriver.com. She is the bestselling author of Second Firsts: Live, Laugh, and Love Again, which has also been translated in Chinese and German and is currently working on her second book on expanding the mind in ways that allows co creation with the forces of the universe. She is also writing her first work of fiction: a science fiction story about a woman on a quest to start over and begin a new life.