NASA’s Cassini spacecraft ended its 13-year mission when it plunged to Saturn’s atmosphere almost a full year ago. The photo below, one of Cassini’s final images, shows Enceladus setting behind its gas giant host planet. There is a growing consensus among the astronomy and scientific community that the icy moon may be an excellent destination to search for biological alien life. 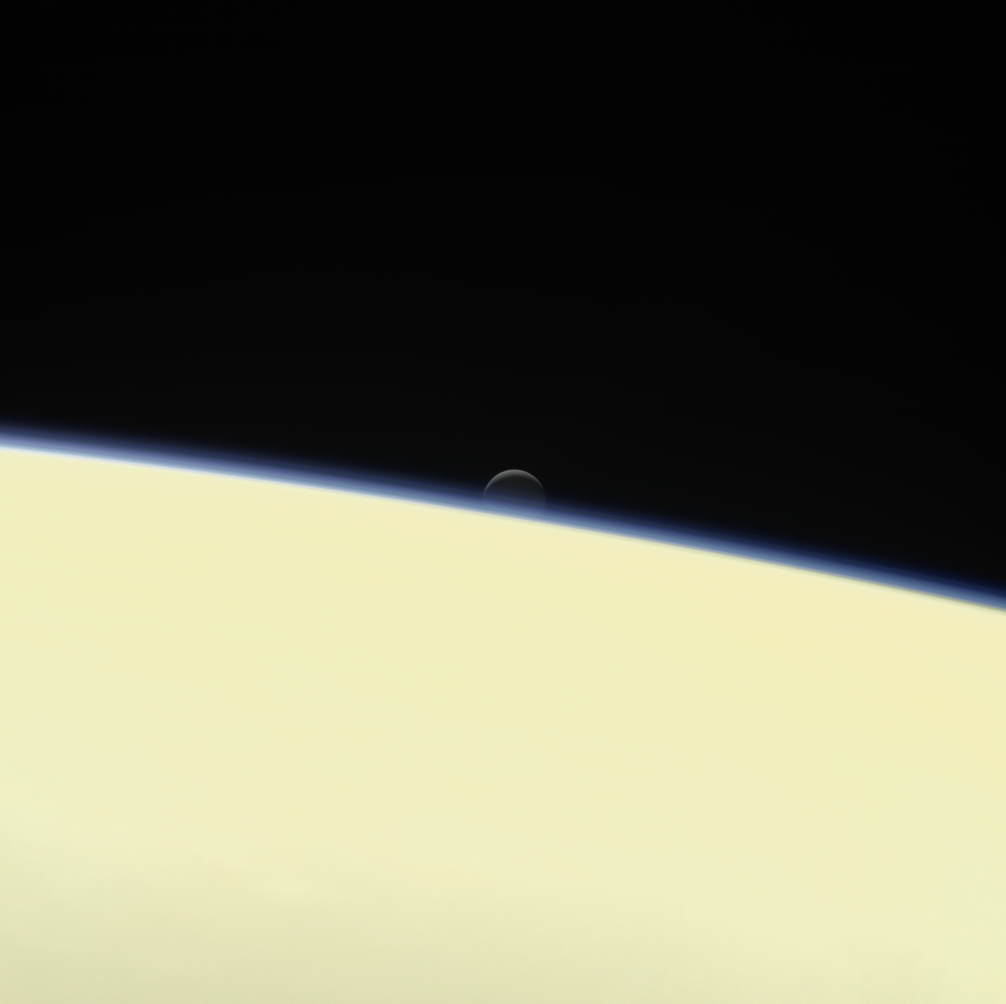 Even though the Cassini spacecraft is no longer with us and we’ll soon be marking the first anniversary since the end of its breathtaking mission, NASA’s workhorse Hubble Space Telescope has been keeping an eye on Saturn. The composite image below was taken by Hubble on June 6th, 2018 and shows Saturn w/ rings in full-view with 6 of if 62 moons. 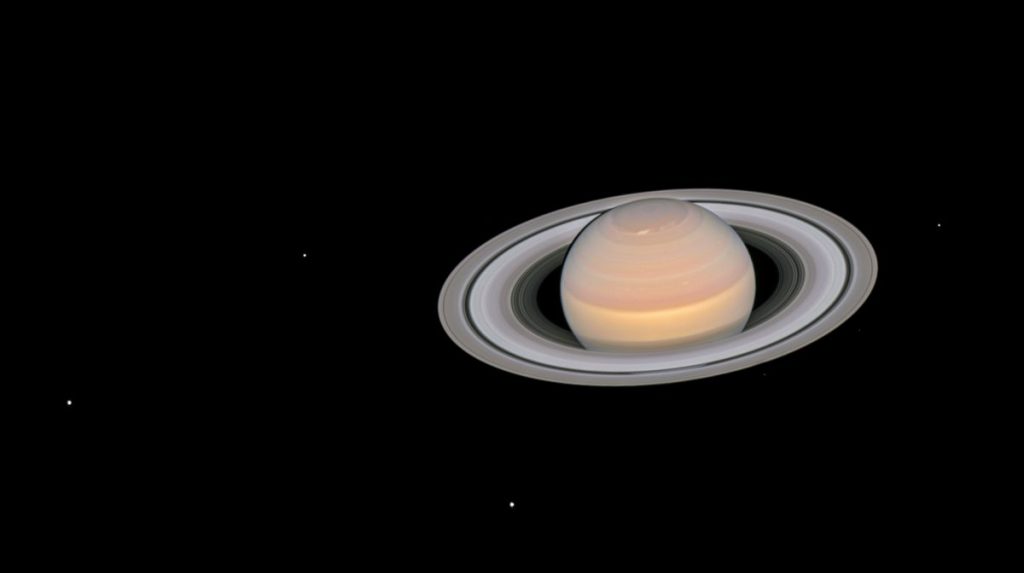 “The visible moons are (from left to right) Dione, Enceladus, Tethys, Janus, Epimetheus and Mimas. Dione is the largest moon in the picture, with a diameter of 1123 km, compared to the smallest, oddly-shaped Epimetheus with a diameter around 116 km,” according to the ESA. 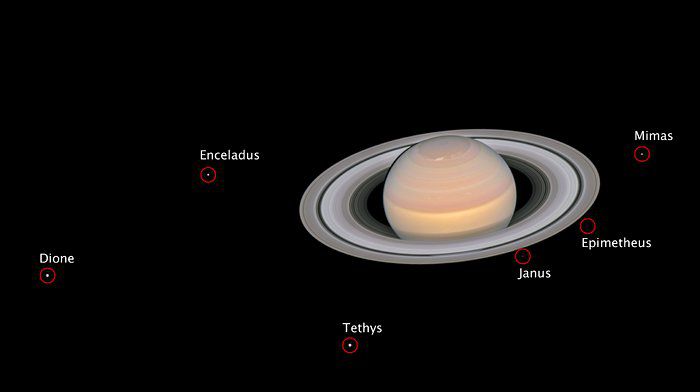 During the Cassini mission, Enceladus was discovered to have water vapor jets spewing from the surface which could indicate the existence of a subsurface ocean. Icy moons like Jupiter’s moon Europa that have subsurface oceans could be a hotbed for life.

The Hubble image above was captured before Saturn’s opposition on June 27thwhen the Sun, Earth, and Saturn were aligned so that Saturn was fully illuminated from our perspective. “Saturn’s closest approach to Earth occurs around the same time as opposition, which makes it appear brighter and larger and allows the planet to be imaged in greater detail,” says the ESA.

“In this image, the planet’s rings are seen near their maximum tilt towards Earth. Towards the end of Cassini’s mission, the spacecraft made multiple dives through the gap between Saturn and its rings, gathering spectacular data in this previously uncharted territory.” 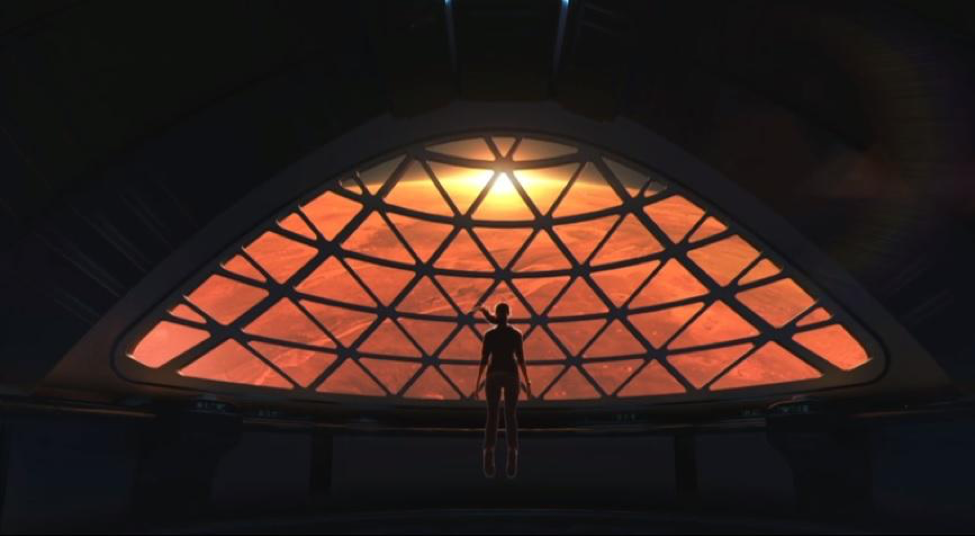 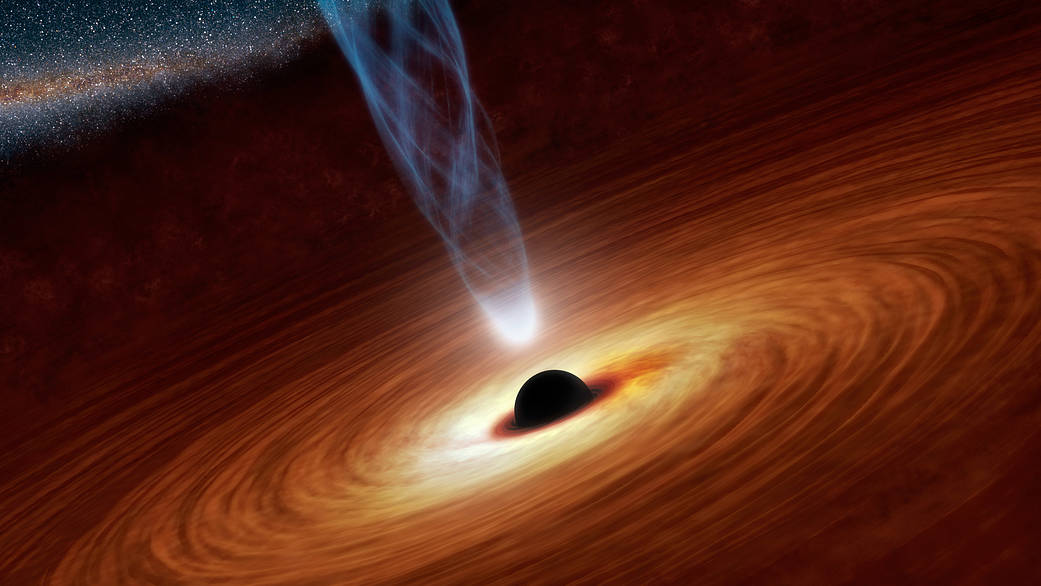