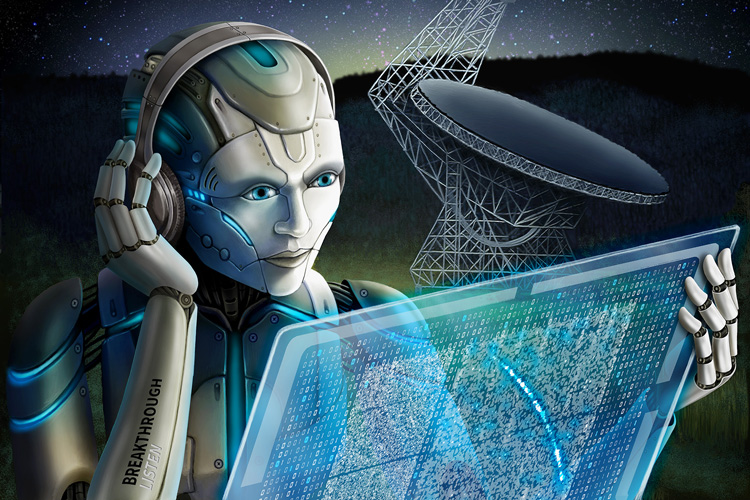 Scientists and researchers working as part of the SETI or Search for Extraterrestrial Intelligence collective have detected peculiar radio signals from a galaxy over 3 billion light years from Earth. The signals were found by an artificially intelligent machine learning program that was given access to the captured data.

Could these signals be from an advanced alien species?

Researchers on the SETI Breakthrough project used an AI algorithm to sort through massive amounts of data gathered by the West Virginia Green Bank Telescope last year. The algorithm detected 72 Fast Radio Bursts or FRBs which adds to a previous catalog of 21 FRBs found on August 26th, 2017.

“Not all discoveries come from new observations,” said the Executive Director of SETI’s Breakthrough Initiatives, Pete Worden. “In this case, it was smart, original thinking applied to an existing dataset. It has advanced our knowledge of one of the most tantalizing mysteries in astronomy.” Breakthrough is based at the University of California, Berkeley. 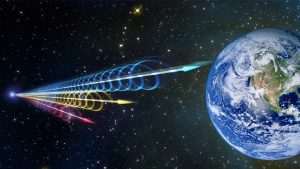 FRBs remains one of the most mysterious and intriguing phenomena since being observed for the first time by astronomers a decade ago. Some researchers believe they are caused by polarized waves traversing between powerful magnetic fields. They also theorize that these magnetic fields are located around dense plasma that could be fallout from a neutron star or black hole.

“Fast radio bursts are bright pulses of radio emission mere milliseconds in duration, thought to originate from distant galaxies. The source of these emissions is still unclear, however. Theories range from highly magnetized neutron stars blasted by gas streams from a nearby supermassive black hole to suggestions that the burst properties are consistent with signatures of technology developed by an advanced civilization,” says a release from Berkeley.

There’s also a prominent theory that the bursts could be artificially created by an advanced intelligent alien civilization. A more rational explanation points to Fast Radio Bursts actually being a common occurrence but humans lack the technology and resources to detect them.

“Whether or not FRBs themselves eventually turn out to be signatures of extraterrestrial technology, Breakthrough Listen is helping to push the frontiers of a new and rapidly growing area of our understanding of the Universe around us.” Read the press release.

Even though FRB’s can carry a multitude of “flares” lasting milliseconds, they are singular and rare events. Only 30 events have been confirmed so far. The recent AI-detected FRBs allow researchers more data to work with as they try to pinpoint the source.

“This work is only the beginning of using these powerful methods to find radio transients,” says Gerry Zhang, a Ph.D. candidate at Berkeley who spearheaded the AI machine learning algorithm. “We hope our success may inspire other serious endeavors in applying machine learning to radio astronomy.”

Have We Met Before?