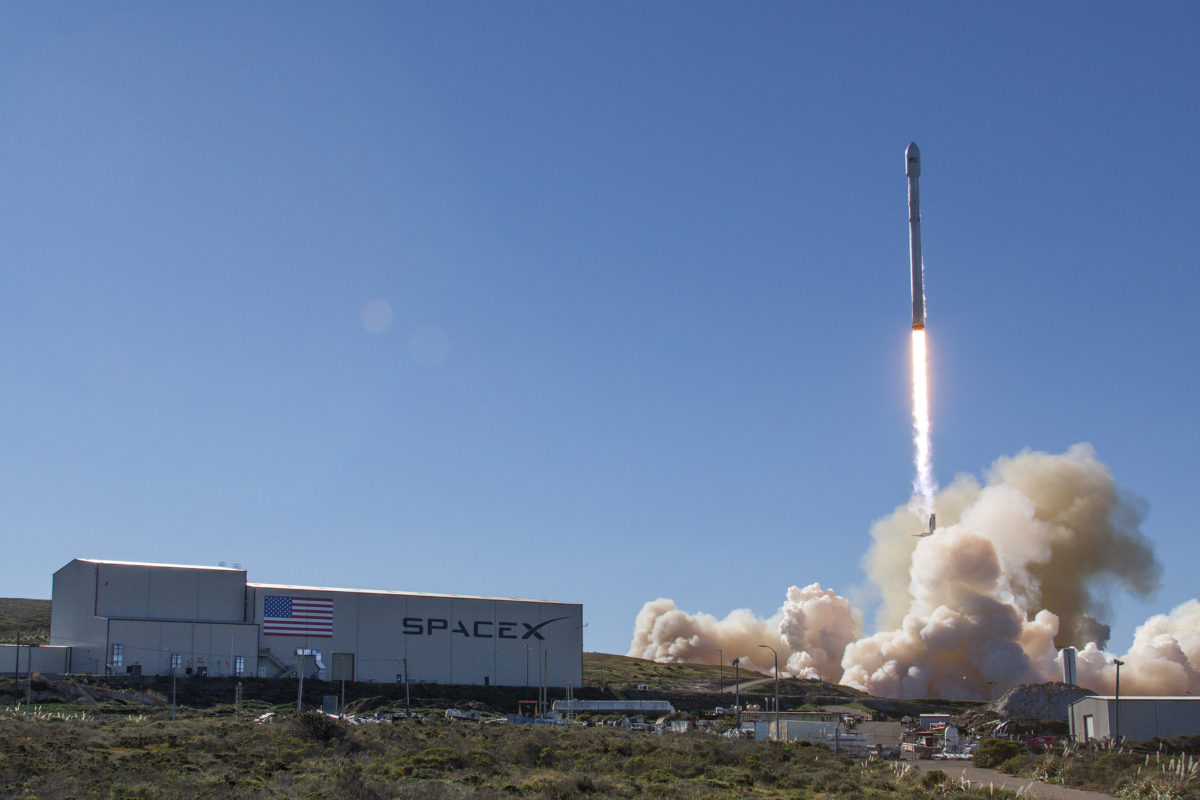 Elon Musk’s spaceflight company, SpaceX, fired off a Falcon 9 rocket early this morning from Vandenberg Air Force Base in California. The booster carried a set of Iridium satellites to grow a constellation in orbit for Virginia-based communications company, Iridium.

Liftoff of a factory-fresh Falcon 9 rocket occurred at 5:37 AM Pacific time carrying part of the $3 billion worth of broadband-providing satellites operated by Iridium . After the rocket lifted its second-stage and mated payload to a preliminary orbit, the booster came soaring home through California’s predawn skies for an ocean landing on the Just Read the Instructions autonomous drone ship, parked off the Pacific coastline.

This morning’s successful mission marked the 14th launch of the year for SpaceX and the sea landing marked the company’s 11th recovery this year alone. SpaceX hopes to complete 20 launches by the end of 2017 while they pursue the ultimate goal of a 24-hour launch to relaunch turnaround of a single reusable booster.

Elon Musk says the company will pursue 30 launches next year and hopes to account for almost half of global rocket launches if they can pull it off. SpaceX has already beaten the Russians this year for the amount of launches by a single entity, government or otherwise.

Next year, they hope to relocate human launches to American soil with NASA astronaut missions to the space station aboard SpaceX’s upcoming Crew Dragon vehicle. NASA currently pays 80 million+ per flight for a seat on the Russian Soyuz.

SpaceX is at a crucial point when it comes to bridging their long-term vision of colonizing Mars to their day-to-day operations of servicing customers. Musk’s new plan is to phase out production of its workhorse Falcon 9 rocket and its Dragon spacecraft that has been helping to resupply the International Space Station. Why? To divert most of the company’s resources to colonizing Mars.

The Falcon 9 vehicle is the first rocket in history to fly home for recovery following an orbital mission and the Dragon was the first privately-built and operated spacecraft to dock with the space station. These technologies have made SpaceX into one of the most valuable companies in the world with a 20 billion+ evaluation. Now, Musk thinks they can fold that success into its ambitious goal of building an economically feasible interplanetary transport system.

SpaceX wants to take what they’ve learned in developing the “flight-proven” technology of the Falcon 9 and its propulsive landing, and apply it to their “Big Fucking Rocket” that will enable human deep space travel. The BFR, as it’s currently called, will be a massive multi-purpose vehicle that can do “Earth hops” from city to city, trips to low-Earth orbit where the ISS is positioned, and the moon where SpaceX suggest a base could be built.

Musk says that it’s 2017 and we should have a Moon base already. The last time we visited the Moon was in 1972 and humans haven’t been beyond low-Earth orbit since. SpaceX hopes to begin solving this problem soon with manufacturing of the BFR beginning in 6-9 months and the first uncrewed missions to Mars being planned for the early 2020s. Musk says he plans to send the first humans to the red planet in 2024. In Elon Musk standard time, that’s more like 2026-2028 which is still an extraordinary timeframe.

Until then, SpaceX needs to continue doing business with its satellite communications clientele, NASA, and of course, the military––SpaceX’s most lucrative customer.

The company’s next launch will be of a combined SES-11/Echostar 105 payload from NASA’s Kennedy Space Center Pad 39A at Cape Canaveral in Florida. The mission is slated for this Wednesday night with liftoff expected to occur during a two-hour window that opens at 6:53 PM Eastern time.

The mission will be using SpaceX’s third reusable Falcon 9 booster and they hope to recover it again on the Of Course I Still Love You autonomous drone ship parked off the coast of Florida.

You can watch a live stream of Wednesday night’s mission at spacex.com/webcast 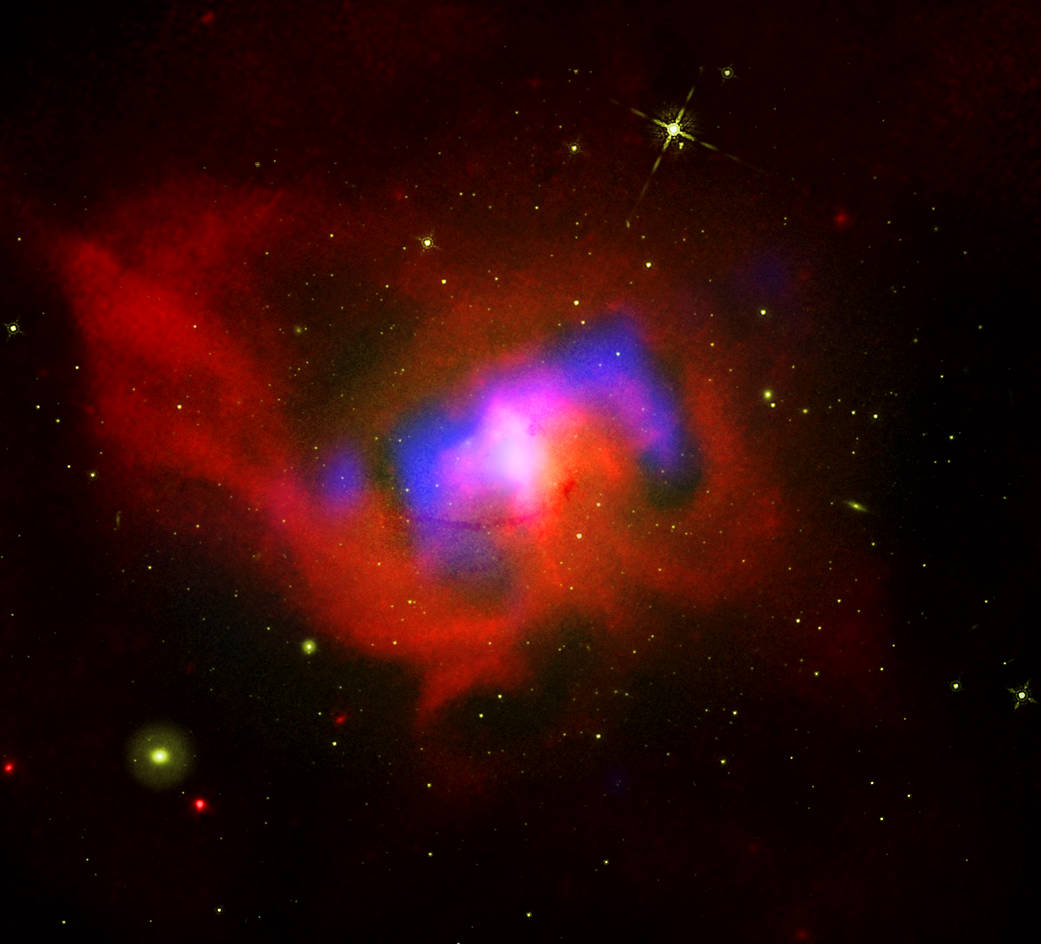 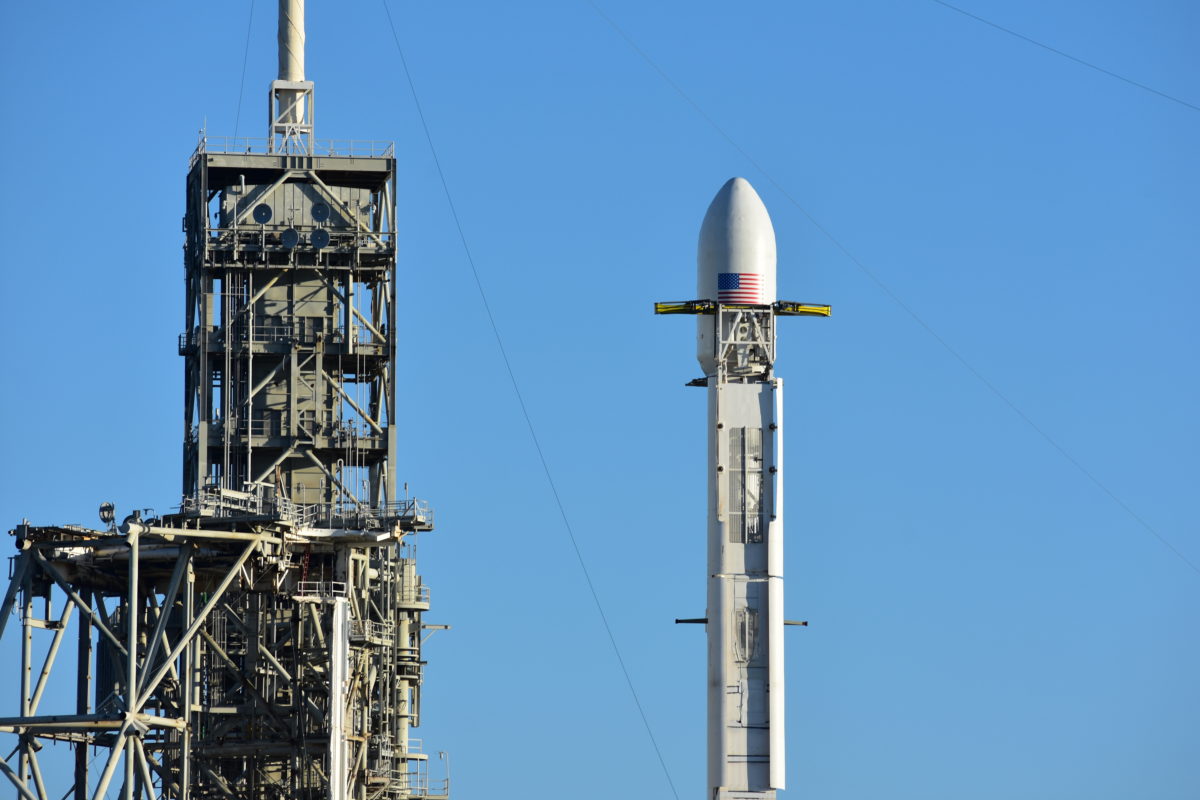