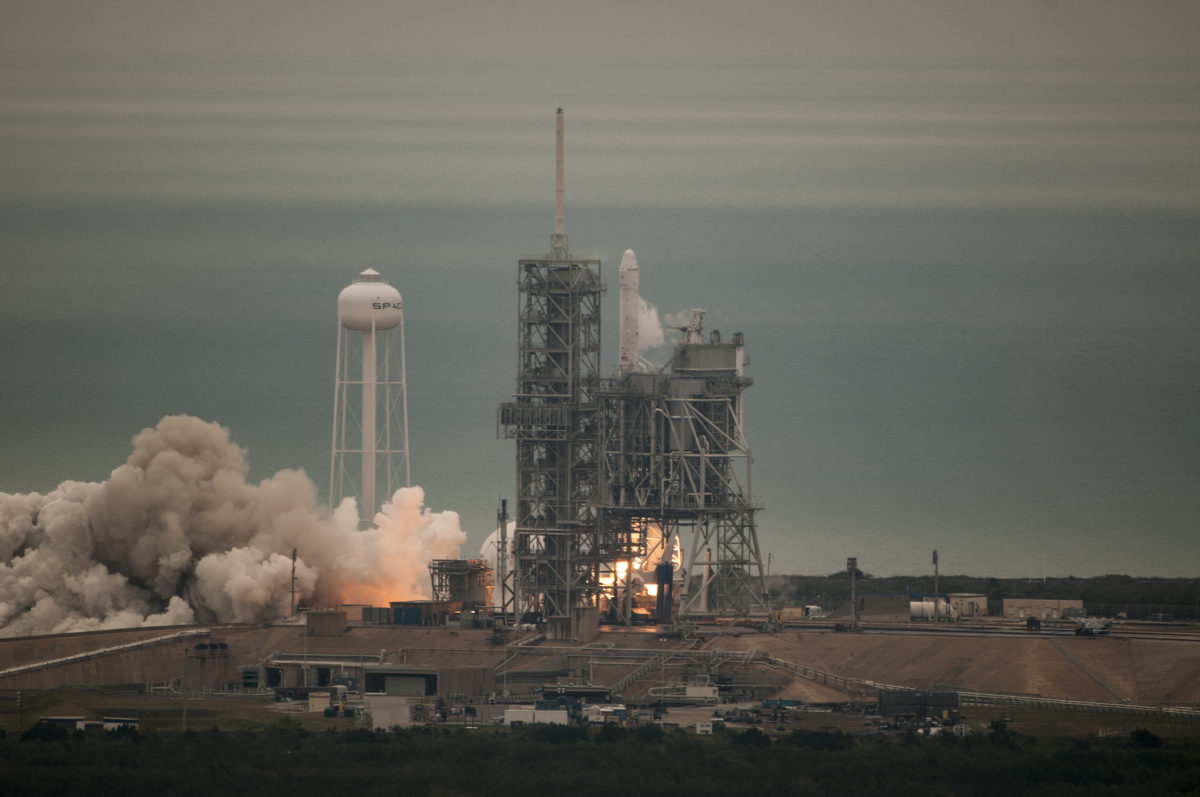 SpaceX is having some issues with the nosecone section of the Falcon 9’s upper stage which houses the various satellites it launches for customers. Because of ongoing reviews relating to these issues, the covert Zuma mission SpaceX was supposed to launch last week is on hold indefinitely.

According to a press release from the agency, the earliest date that mission will launch is December 4th, but that will likely be pushed back a few days. A test-fire of the Falcon 9’s engines is scheduled to occur at Cape Canaveral on November 29th.

SpaceX’s 13th resupply mission for NASA will also mark the return to service of Space Launch Complex 40 at Cape Canaveral Air Force Station––the pad that was destroyed a little over a year ago when SpaceX was preparing for a test-fire of its Falcon 9 rocket. An expensive customer payload, the Amos-6 satellite, was intended for use by Facebook and others and was already mated to the top of the rocket when a fuel leak was sparked igniting the vehicle.

The Falcon 9, Amos-6 payload and Launch Complex 40 was completely destroyed.

Repairs on Pad 40 are now complete and ready to launch SpaceX’s Falcon 9 again. And now, SpaceX can utilize historic Apollo Pad 39A to fire off its upcoming triple-booster Falcon Heavy rocket. The launch vehicle will be the most powerful in operation and have the capability to carry humans toward the moon, and payloads to Mars.  The launch was thought to be scheduled for December 29th but it seems like the fairing issue SpaceX is having may push that test flight into 2018.

Regardless, SpaceX and NASA are preparing for the December resupply mission the International Space Station and the return to service of Pad 40. For this mission, SpaceX will utilize a previous-flown Dragon Cargo spacecraft for the second time. When they first flew a recovered Dragon earlier this year, it was the first reusable vehicle to fly to the space station since the space shuttle. The successful mission made NASA comfortable using a flight-proven Dragon once again. 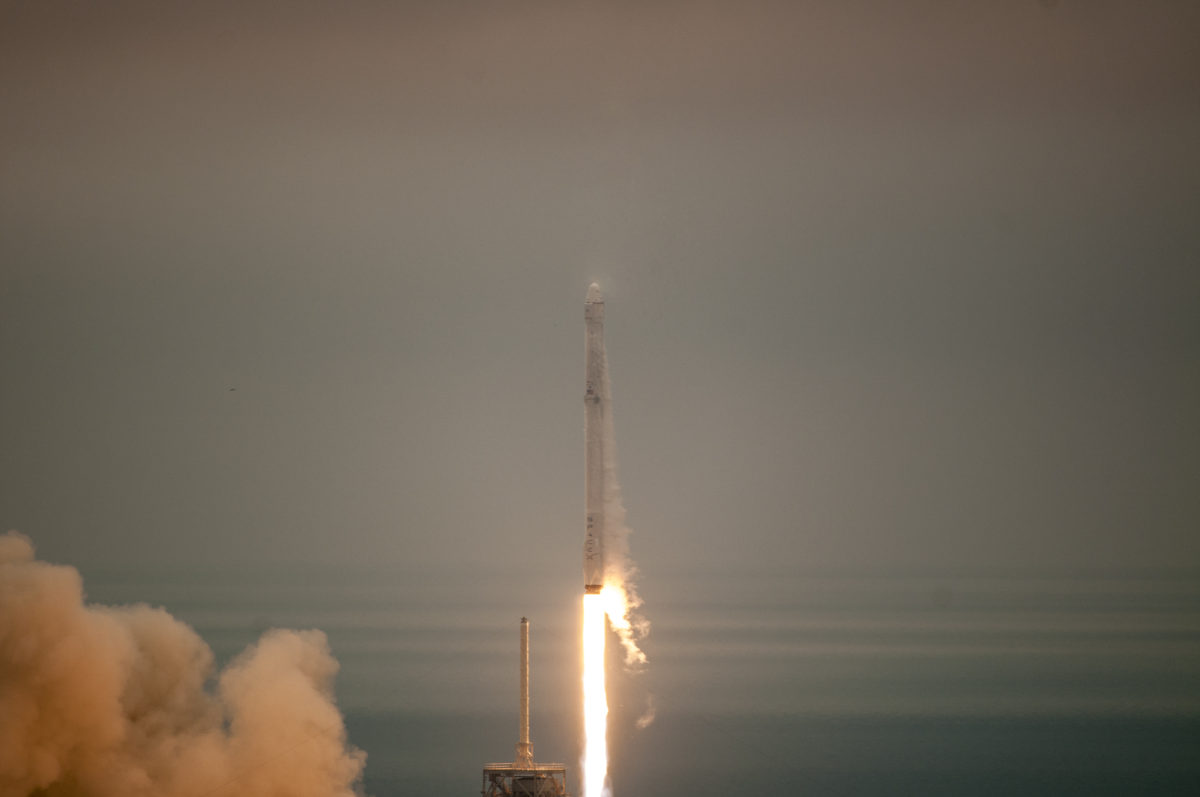 Also, NASA is considering (but has not made a final decision) on whether to let SpaceX use a previously-flown Falcon 9 booster to launch that Dragon. If NASA finally agrees, it will be the first time the agency flies a mission on a recovered rocket that has already been to orbit.

Cargo Resupply Mission 13 will be carrying plenty of scientific experiments to the space station including “investigations and facilities that study and/or measure solar irradiance, materials, orbital debris and more,” according to NASA.

NASA’s Total and Spectral Solar Irradiance Sensor, or TSIS-1, will measure the sun’s energy input to Earth. Various satellites have captured a continuous record of this solar energy input to Earth since 1978. TSIS-1 sensors advance previous measurements with three times the accuracy, enabling scientists to study the sun’s natural influence on Earth’s ozone layer, atmospheric circulation, clouds, and ecosystems. These observations are essential for a scientific understanding of the effects of solar variability on the Earth system.

The Space Debris Sensor (SDS) will directly measure the orbital debris environment around the space station for two to three years. Mounted on the exterior of the station, this one square meter sensor uses dual-layer thin films, an acoustic sensor system, a resistive grid sensor system and a sensor backstop to provide near-real-time impact detection and recording. Research from this investigation could help lower the risk to human life and critical hardware by orbital debris.

The Advanced Colloids Experiment- Temperature-7 (ACE-T-7) investigation involves the design and assembly of 3-D structures from small particles suspended in a fluid medium, structures that are vital to the design of advanced optical materials and electronic devices. Future space exploration may use self-assembly and self-replication to make materials and devices that can repair themselves on long-duration missions.

The Rodent Research-6 (RR-6) investigation will examine a drug compound and drug delivery system designed to combat muscular breakdown in space or other times of disuse. The implanted drug delivery chip will administer a compound meant to maintain muscle in a variety of disuse conditions, including microgravity. The results from the RR-6 investigations will not only help researchers to understand how to better maintain a healthy body structure in the absence of gravity but will also increase our understanding of muscle-related diseases, disorders, and injuries. 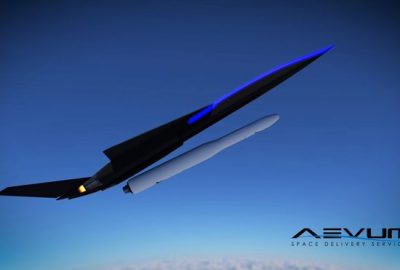 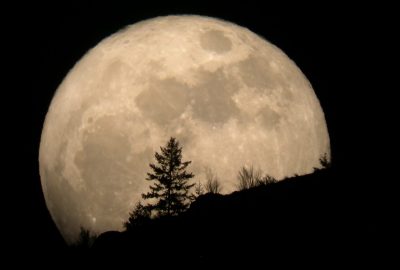 Earth’s Moon Could Have Once Harbored Life