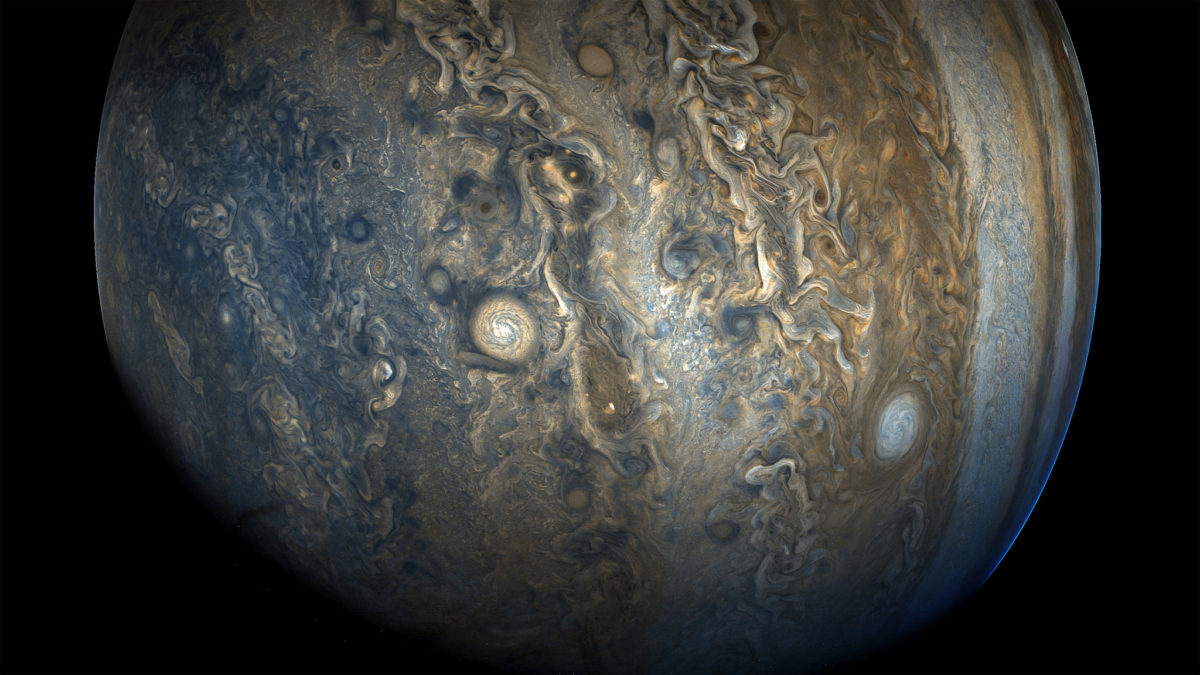 In late October, NASA’s Juno spacecraft completed its 8th fly-by of our Solar System’s largest world, Jupiter. The spacecraft made headlines recently when it flew over the planet’s famed Great Red Spot and beamed back extraordinary images never seen by humans.

During the last fly-by, Juno used its JunoCam to take snapshots of the planet’s beautifully billowing cloud tops. ‘Citizen Scientist’ and gifted artist Seán Doran took the raw images snapped by the spacecraft then released by NASA on Monday, and processed them into the dazzling images you see below. 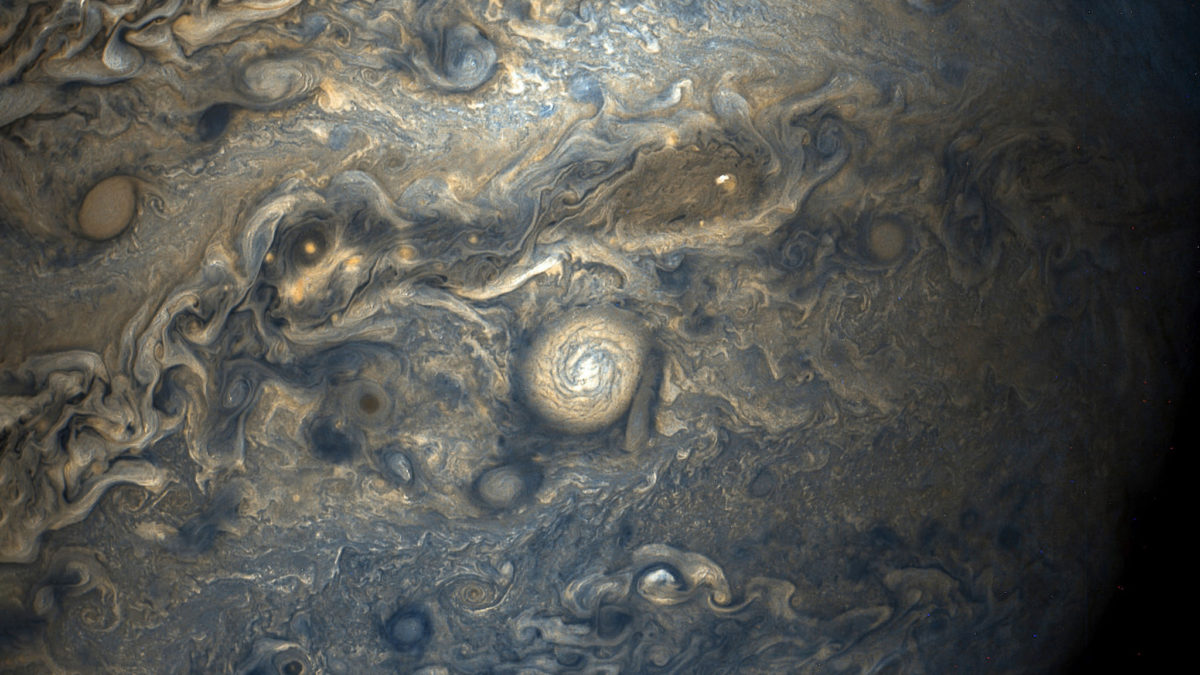 “All the science collected during the flyby was carried in Juno’s memory until yesterday when Jupiter came out of solar conjunction,” said the new Juno project manager, Ed Hirst, from the Jet Propulsion Laboratory with the release of the images. “All science instruments and the spacecraft’s JunoCam were operating, and the new data are now being transmitted to Earth and being delivered into the hands of our science team.” 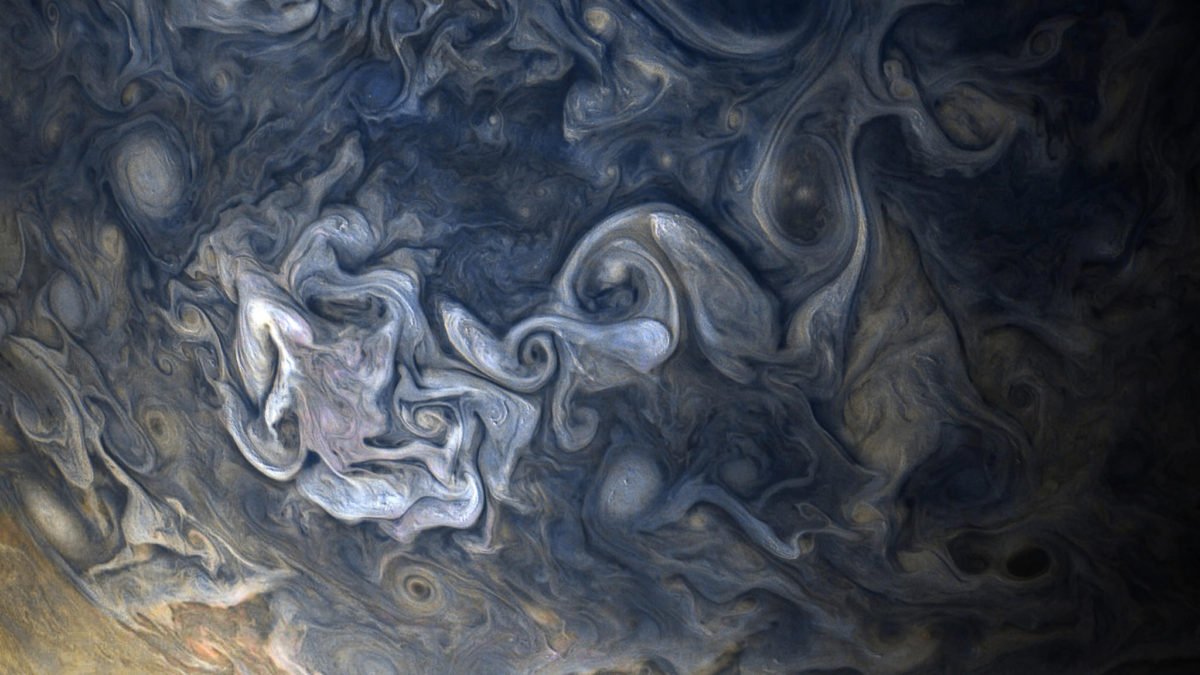 On August 5th, 2011, NASA launched the Juno spacecraft on a mission to pull up the curtain around Jupiter a little further.

The probe was built by veteran spacecraft manufacturers Lockheed Martin and the brilliant, unmatched minds at NASA’s Jet Propulsion Laboratory in Pasadena, California.

These folks are no stranger to the incredible having built the robotic emissaries that currently occupy Mars and the dual Voyager spacecraft that are reaching for Interstellar space–further than any human spacecraft before it. 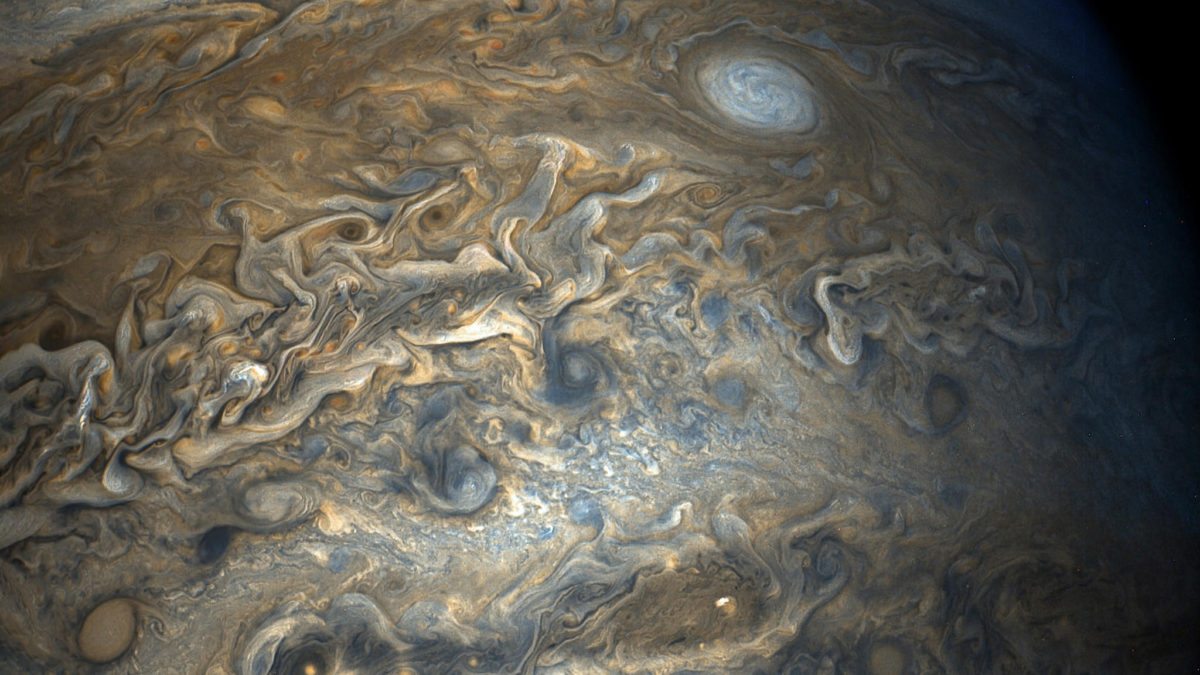 The implications of studying Jupiter and the proverbial shadow it casts over the worlds in our solar system are extraordinary. In order to understand the origins of Earth, we must go much further back to the time before time and try to understand how our Solar System was formed. 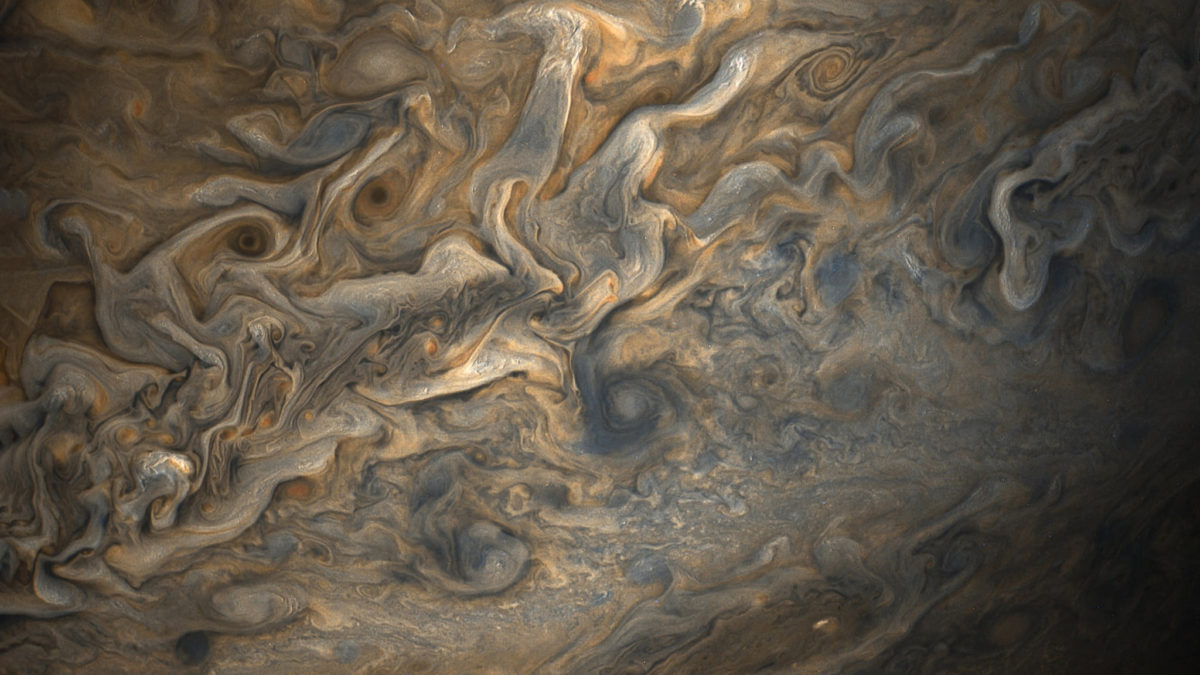 Jupiter’s story began over 4 billion years ago when a star in our galaxy exploded. The violent cosmic event caused a neighboring cloud of rogue material to flatten and become something that resembles a vinyl record. The newly formed disc spun at high speeds with gas and dust settling in its center, forming what we know today as our Sun.

Some of that leftover material collided and settled to later become the planets and the moons of those planets. The majority though became Jupiter. 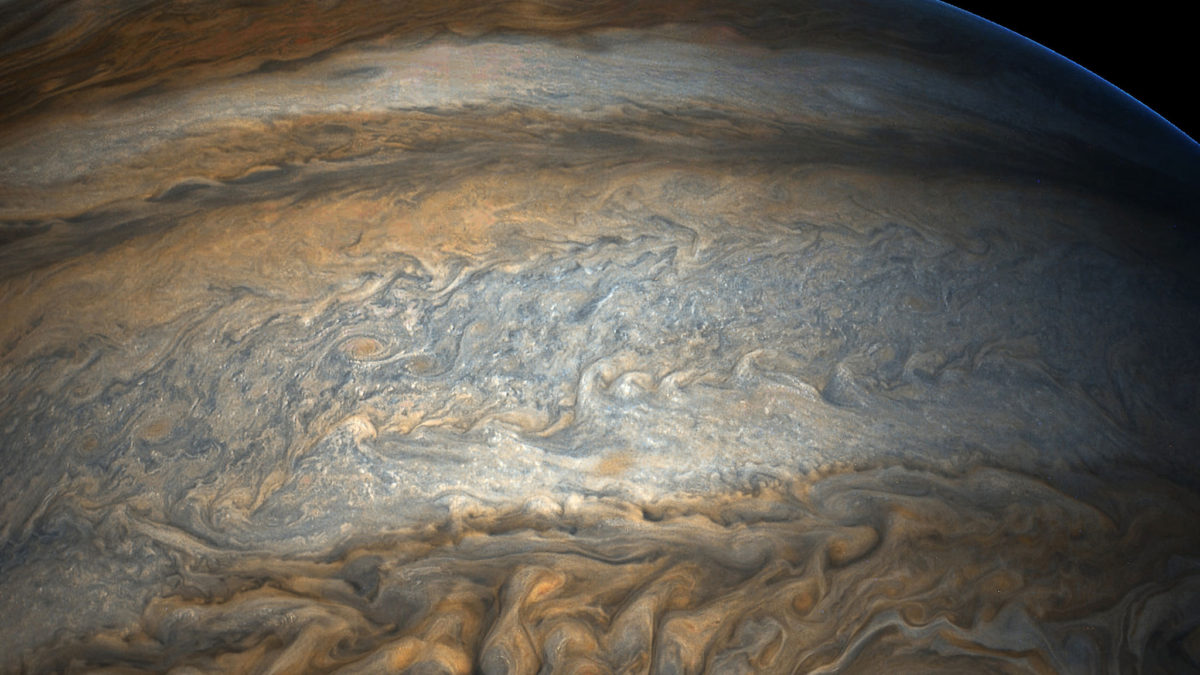 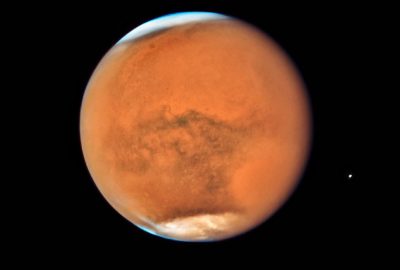 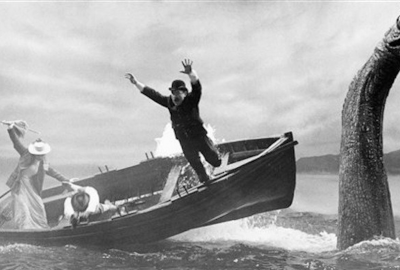 News
Star Letters 009: The Search for E.T and the Loch Ness Monster Continues…