That Awkward Moment When: Aliens Land on Earth to Officially Greet Humanity 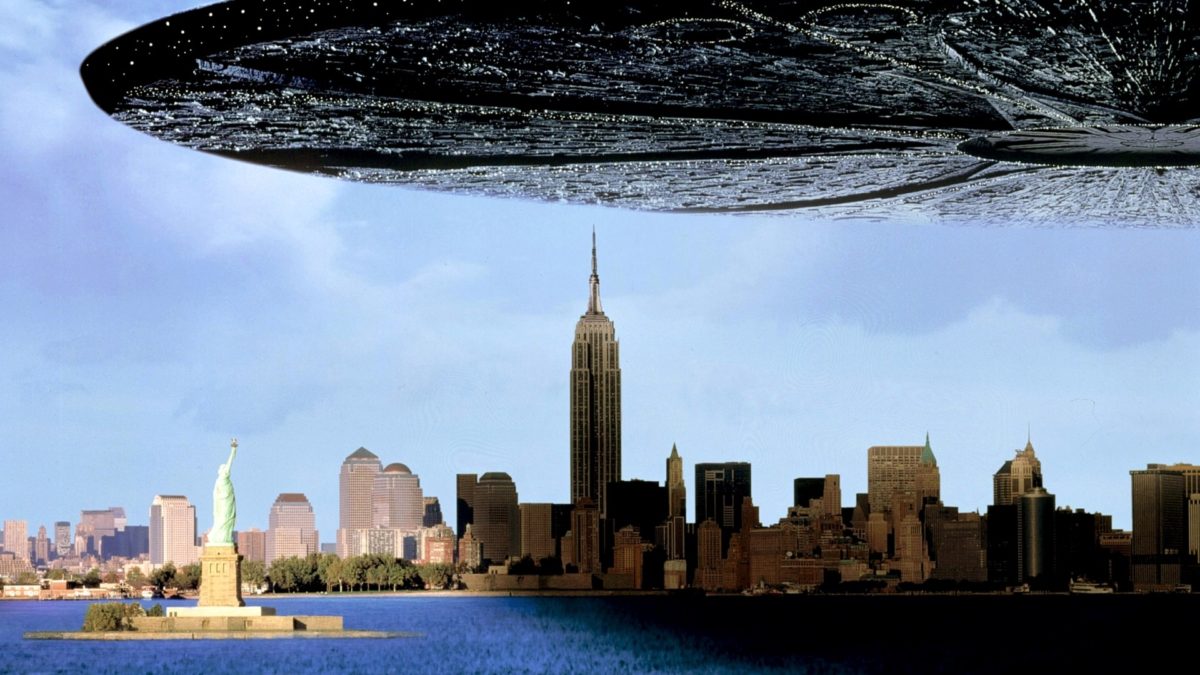 So here’s the somewhat farfetched but not completely impossible scenario: An extraterrestrial race has crossed the expanse of space in their spaceships and arrived at Earth. They are highly intelligent with advanced technology that makes interstellar travel possible. From here, we’ll have to make some basic assumptions.

Because they built an advanced spacecraft, they likely have sophisticated communication and a rigid framework for mathematics (a universal language some would say). This also means they’ve mastered the sciences or whatever their construct is for understanding the world around them. Now, they are meeting a lesser-evolved civilization here on Earth.

So how does this go down given these assumptions? Well, let’s look at history for a second. What has always happened when a more advanced society discovers or a more primitive one here on Earth? Disease, Genocide, Slavery, Indentured Servitude, War, Displacement. This is why Stephen Hawking has spoken out a few times about the potential disaster of coming into contact with a more advanced civilization.

In Gene Roddenberry’s Star Trek universe, they have what’s called the Prime Directive. This law aims to protect civilizations on other worlds that have not reached a certain level of development. The benchmark for joining a galactic community and making first contact with an extraterrestrial species is the successful development of fast-than-light space travel. As you may know, us humans aren’t capable of that sort of thing in the real world just yet. Could there be an intergalactic network of friendly worlds out there watching our development? We hope not.

“The Prime Directive, also known as Starfleet General Order 1 or the Non-Interference Directive, was the embodiment of one of Starfleet’s most important ethical principles: noninterference with other cultures and civilizations. At its core was the philosophical concept that covered personnel should refrain from interfering in the natural, unassisted, development of societies, even if such interference was well-intentioned. The Prime Directive was viewed as so fundamental to Starfleet that officers swore to uphold the Prime Directive, even at the cost of their own life or the lives of their crew.”

So what happened when humans first made contact with an alien race in Star Trek and where did this idea of the “Prime Directive” come from?

On April 5th, 2063, a drunk engineer named Zefram Cochrane piloted the test flight of the Phoenix–the first spacecraft built with warp capability. The technology was invented by Cochrane himself and can enable a ship to travel faster than the speed of light. Little did he know, his success would catch the attention of our galactic neighbors and future allies: the Vulcans. This species, in particular, pay minute attention to the development of civilizations and measure the risks of their progress on developing a warp drive.

The Phoenix was built out of an old Nuclear missile and launched from a silo in Bozeman, Montana where scatterings of humans are recovering from decades of war and nuclear fallout. Somehow, a recording of the song “Magic Carpet Ride” by Canadian rock band Steppenwolf, survives. Cochrane played it on the Phoenix during liftoff.

The great explorer and scientist Zefram Cochran would go down in history as the person who achieved warp speed and set in motion a series of events that would push humanity across the galaxy. When humanity became part of a larger universe, what is left of Earth’s population unites, and society begins to work together toward the betterment of civilization rather than excessive personal gain. Disease is eradicated. Crime is almost non-existent. The world is rebuilt and populated with generations of explorers, scientists, and engineers who would brave a new frontier.

So how do we follow in these fictional footsteps and make sure first contact with an alien race goes smoothly?

Let’s play this out with what we know. If it was us, how would we approach a civilization we know absolutely nothing about? Well, we’d probably surveil them from far. As we mentioned before, an advanced civilization with the ability to travel far distances probably has matching communications capability. They would likely park pretty far away near Saturn or another one of the solar system’s outer planets and tap into our satellites. From there, they’ve got complete access to the internet.

We are pretty screwed at that point huh? Especially if they look at the comments under literally any YouTube video.

So this visiting civilization spends a few days learning about us and they now know enough to determine whether they want to make contact. Do they? If they are brave. Imagine what our world looks like from the outside. Countless wars, genocide, a global refugee crisis, record-breaking temperatures from climate change, terrorism, starvation, and slavery (yes slavery still exists, especially sex slavery). But hey, we’ve also got coffee. Sweet delicious coffee.

We have other pretty cool things too. Earth’s natural wonders, our movies, music, art, and of course, all the food. But what about our technological development? The Internet has transformed society. In a little under a century, humans went from horses to flying a fully and continually operational space station in orbit. That’s a pretty extraordinary thing and points to an exponential growth in technology. But there is one problem: the moon, or rather, why we stopped pushing forward once we got there. Logically, the moon was the first step toward human expansion into the solar system.

It’s in our very nature, since we’ve been cavemen, to move in search of what we perceive as a better life. That could mean more access to resources like water, less exposure to the elements, and land to grow crops. Once we got to the moon, we came home and called it a day.

Today, we finally have a few bright people with the capabilities, planning our first missions to Mars. But those are still at least a decade away. At least we are aiming to continue that journey into deep space we put on hold in 1972––the last time humans traveled beyond low-Earth orbit.

So will our galactic neighbors look past our technological sluggishness? Hopefully. This brings us to another point: where on Earth would be appropriate for that first handshake with another intelligent species? Assuming they have hands. Popular culture has always seemed to think that visiting aliens would hover over Washington DC or New York City or in America in general. This will likely not be the case assuming the aliens would be enlightened and polite enough to be subtle and not cause a panic.

Let’s use logic: If humans left the Earth in an interstellar spaceship and traveled to a world we know has an intelligent civilization with similar space-faring capability, where would we land if we couldn’t announce our arrival through a common platform of communication? A spaceport. Duh. So can we assume they would be as courteous to us when arriving at Earth for the first time? All we can do is hope.

That gives us two locations for a potential first contact site: NASA’s Kennedy Space Center in Florida where almost all historic American missions including the first moon landing, Hubble, shuttle, and the extraordinary robots we have exploring the solar system (and outside of it thanks to Voyager) have launched. Today, the complex is primarily used by SpaceX to launch their missions but many companies (and NASA) are preparing to begin space travel from Florida’s space coast. It’s important to note that there hasn’t been a human launch from American soil since 2011 which may send the aliens to…

Baikonur Cosmodrome in southern Kazakhstan––operated by ROSCOSMOS, the Russian space agency. They DO launch humans and quite frequently for everyone else in the world. The Cosmodrome is also the site that saw the first human, Yuri Gagarin, launch to space.

These sites would be an ideal place to make first contact. They represent the pinnacle of our technological achievements, our spirit of exploration, and our commitment to the sciences. Also, think about who works at these facilities. Some of the world’s best aerospace engineers, scientists, pilots, and thinkers. Likely, they will be the human counterparts of the crew of an extraterrestrial spaceship that is able to travel to Earth.

This brings us to the big question: Who do we choose to speak to the aliens on our behalf for the very first time? Who can represent the entire human race for the first historic handshake? 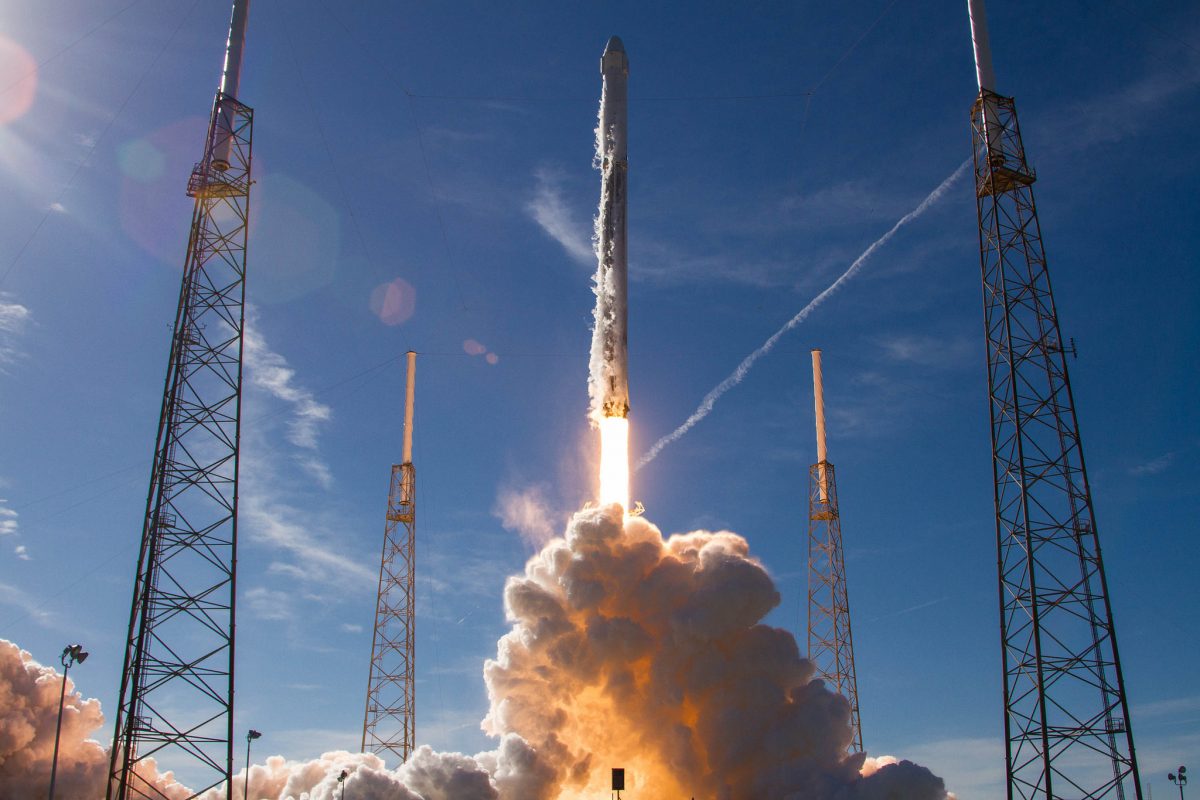 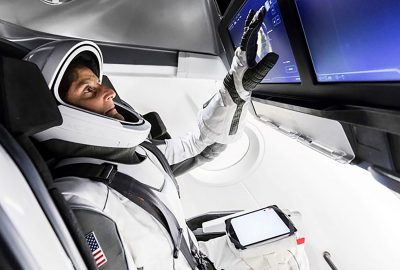